After a one-year hiatus, more than two dozen food trucks rolled into Veterans Park in Springfield Saturday, marking the return of the Springfield Rotary Gourmet Food Truck Competition for a seventh year. But only one of them rolled out of town with an extra $10,000.

The mobile vendors served a multitude of palate-pleasing plates along the winding park path from lunch through mid-evening, while the sound of college football and live music intertwined with the aroma of gourmet goodness in the air.

In the end, Hunger Paynes from Dayton earned the $10,000 grand prize for its signature Beef Short Rib Arancini dish, as determined by a combination of a panel of local chef judges and anonymous roving judges during the event.

“We’ve been competing in this event since it started, and this is our first time placing,” said Hunger Paynes’ owner Andrew Payne. “It’s a great crowd here and (the Rotary) puts on a great event. We tried really hard to put something together this year that’s so different and savory for this competition.”

The hard work paid off for Payne, who said “a vacation sounds nice…it’s been a long year,” when asked what he was going to do with his grand prize winnings.

Greek Street Food Truck from Centerville, Ohio was named the $5,000 runner-up for its Pan-seared Sea Scallops dish, and Fetty’s Street Food from Columbus was awarded the $2,000 third place prize for its Pork Satay Tacos dish.

Local chef judges determined winning dishes based upon a combination of flavor/taste, presentation/visual appeal and creativity/originality. The all-Springfield-based panel included:

More than 500 attendees used the Springfield Food Truck mobile app to vote for their favorite truck throughout the event, with The Wicked Lobstah from London, Ohio taking home the coveted “People’s Choice” $1,000 prize. The truck won by 19 votes over its closest competitor.

“We had a blast cooking up for our fans what we eat on our truck for lunch everyday,” said Tyler Armentrout, owner of The Wicked Lobstah. “We’ve had that truck up and down I-75 from Tampa Bay to Detroit and just as far east and west, but this is home court for us, so we had to show up and represent.”

“We’re gonna take care of our people who work for us,” Armentrout said, when asked what he was going to do with the $1,000 prize.

In addition to the variety of food, this year’s event featured college football on a Jumbotron and live music from local bands, including Factory Line, The Repeating Arms and Red Idle Rejects. Attendees, both new and returning, continue to praise the Springfield Rotary Club for hosting a top-notch event enjoyed by residents across the region.

“I didn’t even know it was going on, but we are excited to be here, and it’s a perfect event for a summer day,” said Dylan Rogers of Fairbanks, who attended the competition for the first time.

“My favorite part is trying to get food from every truck,” said Ben Foose of Springfield. “I’ve been here in the past, and the weather was perfect this year.”

While food truck vendors kept their sales revenue from the day, all money raised from concession sales, corporate sponsorships and donations benefit the many charitable causes of the Springfield Rotary Club. Eddie Bell, Rotary member and Food Truck Competition marketing committee chair, estimated that more that $200,000 has been raised by the competition throughout the years benefitting all of Springfield Rotary’s causes, including supporting people with disabilities and scholarships.

“We were so happy to be able to host the competition again for our community, especially after the past year,” Bell said. “The pandemic has been hard for everyone. It’s amazing to see people come together to enjoy the event and support local charities and organizations. We look forward to our eighth competition next summer.” 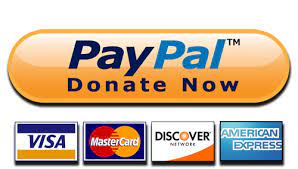